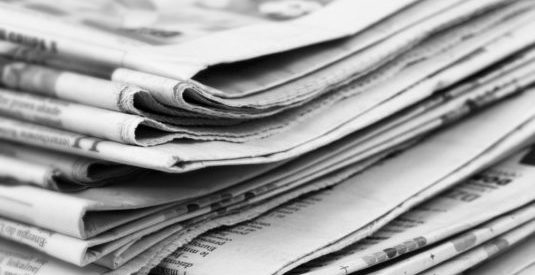 With 24 articles and interviews collected in national media outlets, the announcement of GESDA’s first Science and Diplomacy Plenary that took place on 18 December 2020 raised high interest. For the first time, the full list of the 17 GESDA Diplomacy Moderators had been disclosed on this occasion in a press release the day before. This list includes, among others, Michelle Bachelet, former President of Chile, Enrico Letta, former Prime Minister of Italy, and Daren Tang, Director General of World Intellectual Property Organization.

During the event itself, 61 high-level personalities from the academic and diplomacy communities and from all over the world came forward in very rich discussions and breakout sessions, which have underlined the necessity of GESDA’s activities to anticipate science advances and plan collectively, with representatives from all communities of society, to make the most of them for the benefit of all on the planet.

Interviewed by Le Temps, Sir Jeremy Farrar, Director of the Wellcome Trust in London (UK), and GESDA Board member, explains: “Science plays a crucial part in society. Yet it is sometimes left out because difficult to understand. Science has moved sometimes so fast that society could not keep up. It is now time to reconnect and to speak a language which is accessible to the average citizen. All of the 21st century’s challenges are transnational. It is essential that scientists come down from their ivory tower and get involved in diplomatic and political processes. With innovation, the idea of standards will be increasingly important.”

The Foundation’s project to have scientists, politicians, and diplomats – “who usually ignore each other at best”, underlines La Liberté  – work together, is indeed ambitious. But, “a year later, it is evident that GESDA […] managed to attract high-level scientists and renowned former diplomats who, without any remuneration, intend to contribute to building a major multilateral tool for the future of humanity”, stresses Le Temps.

And, as The Geneva Observer puts it, “it is the joining of science and diplomacy which is undoubtedly one of the most forward-thinking conceptual breakthroughs represented by GESDA. Science and technology are now the defining forces of the human condition.” Swissinfo points out the “frantic pace of scientific and technological breakthroughs and their disruptive impacts on people and societies”. Going further, “GESDA insists that humanity, especially inhabitants of emerging or developing countries, cannot afford to miss the potential of these breakthroughs for global well-being and inclusive development, while an ever faster adaptation becomes mandatory.”

Scientists now also have a social responsibility, adds Le Temps quoting GESDA Vice President Patrick Aebischer and, quoting President Peter Brabeck-Letmathe, “they are thrilled at this initiative. Indeed, it is the first time that a list of innovations developed in laboratories worldwide in order to anticipate the impact of the former at 5, 10, and 25 years, is drawn up.”

Also interviewed by Le Temps, Mamokgethi Phakeng, Vice Chancellor of the University of Cape Town and GESDA Board Member, analyzes: “Science cannot go it alone. It must be supported by politicians. Personally, I foresee that scientific innovations will enable even poor countries of Africa to progress. Being a Board Member of GESDA is a way to make African voices heard for a more inclusive development. Our eye of scientists is also shaped by the place where we grew up. GESDA is established in a trusted organization and place.”

And what place other than International Geneva could be the ideal hub to develop this new form of science multilateralism? Geneva Solutions has interviewed at length Federal Councillor Ignazio Cassis, one of the lead instigators of GESDA, on this topic. He is confident that, “as a well-established hub, Geneva favours a coordinated response to global challenges and allows advanced technologies to be put at the service of an inclusive development that enables the social and economic potential of all sections of the population to be realised.”

Genève Vision, a newsletter on International Geneva affairs produced by Swiss broadcaster RTS, even celebrates Geneva as the “capital of the new world” and wonders “how will artificial intelligence, quantum, genetics, human augmentation revolutionize our world?” These questions have been raised for a long time and “GESDA aims to address them before everyone else. It relies on an impressive network of experts and decision-makers to meet this challenge. With two major objectives: being able to regulate the future and ensuring a fair distribution of new technologies. Science diplomacy is destined to develop in Geneva, of course.”

Invited on RTS’ prime time 19h30 news show on Sunday 27 December 2020, Michael Møller, GESDA Chair of the Diplomacy Forum, states that “we must change the way we have been collaborating so far. We are facing huge challenges and we will not make it without the scientists’ expertise.”

Although it still has 18 months to prove its worth to the world, as underlined by most media outlets, GESDA is confident to be on the right track.

Comprehensive coverage about GESDA’s first Science & Diplomacy plenary and activities in general can be read on our GESDA in the news page.