Debated in Davos: science as a potential driver for renewed multilateralism. 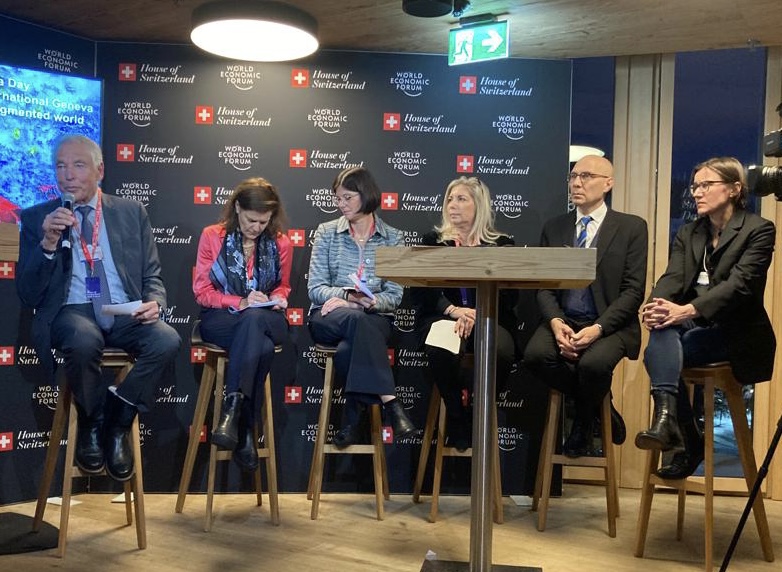 “New technologies, science, diplomacy and anticipation must play a key role in the redefinition of multilateralism,” said Federal Councillor Ignazio Cassis during a discussion bringing together personalities from the worlds of politics, science, business, academia and international organizations held Tuesday evening at the “Maison Suisse” in Davos. Speaking on “Geneva Day”, he said that the City of Calvin “could be a decisive player in this process of renewal and strengthening of global cooperation.”

Peter Brabeck-Letmathe, Vice President of the World Economic Forum (WEF) and President of the Geneva Science and Diplomacy Anticipator Foundation (GESDA), expressed, in the same spirit as the Federal Councillor, his “hope that technological breakthroughs, which today are unfortunately all too often misused for political, military and nationalistic purposes, can also be used for civil purposes, in a positive way, in order to contribute to the construction of a new form of multilateralism that will help move the world forward.

This is what the GESDA Foundation is striving for, for example by proposing the creation of an Open Quantum Institute that will allow this technology to be used by the greatest number of people.”

The interventions of the different panellists all converged to consider that multilateralism remains an adequate response to the challenges of the planet but that it must become more agile in order to include all the actors concerned, to break down the silos and to deal with emerging issues. Participants in the discussion, which was closed by South African Foreign Minister Naledi Pandor, stressed the need to find a balance between “classical” and “renewed” multilateralism. Everything must be done to contribute to an innovative, forward-looking multilateralism that can support cooperation rather than fragmentation.