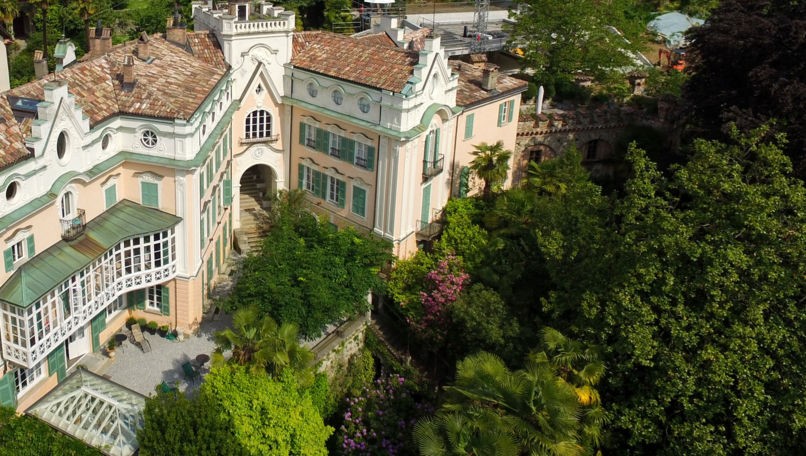 Today the five foreign ministers from Germany, Austria, Luxembourg, Liechtenstein and Switzerland gathered in Lugano at the invitation of Federal Councillor Ignazio Cassis. On this occasion, Peter Brabeck-Letmathe, Chairman of the Geneva Science and Diplomacy Anticipator, introduced the Foundation, the results achieved in the last 22 months, and its importance in the framework of the science diplomacy objectives to reach.

Please find below the original news from the Federal Department of Foreign Affairs:

Bern, 16.04.2021 – At the invitation of Federal Councillor Ignazio Cassis, the annual meeting of foreign ministers from the five German-speaking countries took place today in Lugano. The talks focused on cross-border cooperation, including the response to the COVID-19 pandemic, science diplomacy in digital foreign policy and other topics of European and international interest.

The Swiss foreign minister welcomed his counterparts from Germany, Austria, Luxembourg and Liechtenstein to his home town of Lugano for this year’s meeting of German-speaking foreign ministers. The annual meeting reflects the close relations enjoyed by the German-speaking neighbours. At the meeting, foreign minister Cassis and his counterparts agreed that close cooperation between like-minded European states was essential in the current pandemic and would remain so in the handling of future crises. “The pandemic has clearly shown that constant dialogue and ensuring the free movement of people and goods are essential – not only for us, but for a functioning, healthy Europe,” Cassis said. For Switzerland, this cooperation has involved finding workable solutions for nearly 340,000 people who commute to Switzerland every day from neighbouring countries. Regional platforms for dialogue such as cross-border cooperation in the Lake Constance region played an important role in this context.

Science diplomacy as an opportunity for digital foreign policy

The ministers also discussed the growing importance of science diplomacy in international relations. The Geneva Science and Diplomacy Anticipator (GESDA) Foundation presented its work in this area. Also discussed were interoperable cross-border digital solutions such as the creation of electronic registration forms for regional border travel, which have already proven useful during the COVID-19 pandemic and will be indispensable in the future. Switzerland is looking to digitalisation and science diplomacy – central pillars of its foreign policy strategy – for new ways of conducting foreign policy. International Geneva, which is a hub not only for multilateral organisations but also for science and digitalisation actors such as the GESDA Foundation, could become the digital capital of the future.

The meeting also covered topics of European and international interest, including Switzerland’s candidacy for a non-permanent seat on the UN Security Council. Mr Cassis also briefed his counterparts on the status of the European dossier.

The foreign ministers will end this year’s meeting with a visit to the Hermann Hesse Museum in the Montagnola district (pictured above).
Herman Hesse chose to make Ticino his new home almost a century ago. The close ties of Switzerland and Ticino in the German-speaking world in the midst of Europe are reflected in the life and work of the Nobel Prize winner.