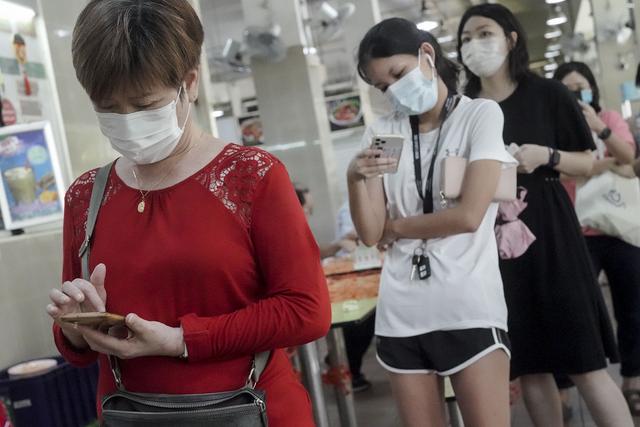 “Across the world, the highly contagious Delta variant has emerged as a potential game-changer that threatens to scupper plans to return to some semblance of pre-pandemic normality. Its rapid spread is catching even the most protected nations with advanced vaccination campaigns, like Singapore, off-guard.

Professor Tan Chorh Chuan, Singapore’s chief health scientist and a member of the island state’s Covid-19 vaccination committee, says that the speed of spread and the difficulty in controlling Covid’s new mutant strains are making the virus an even more “formidable opponent” and international cooperation critical.

A board director for the Geneva Science and Diplomacy Anticipator (GESDA), Tan became involved in the Swiss government-backed foundation following talks with its vice president Patrick Aebischer, whom he collaborated with during his years at the helm of the University of Singapore and when Aebischer was president of EPFL.

Previously deputy chair of Singapore’s agency for science, technology and research for over 13 years and now head of the health ministry’s new transformation unit, Tan said of GESDA: “I thought it was a very exciting idea that we look at where science might bring us in terms of the way you can transform societies and provide solutions to really pressing problems, but also address some of the bottlenecks that hinder the speed and scale at which science can be applied.”

With Covid-19 testing the limits of science, Geneva Solutions took the opportunity to question Tan on Singapore’s efforts to outpace the pandemic, its recent break from the “zero transmission” approach of many of its Asian counterparts, and whether its sophisticated contact tracing methods – once hailed as the “gold standard” by academics – are a match for the Delta variant.

GS: When the pandemic began, Singapore was quick to contain the spread by shutting its borders and implementing a comprehensive contact tracing and testing programme. However, a recent rise in cases is derailing those efforts. What has changed?

TCC:  In Singapore, and in East Asia more generally, we have used an approach based on our experiences of the SARS epidemic, which comprises very aggressive testing, identifying cases, isolating, and quarantining them. And that worked well in 2020 but in 2021 a couple of things have changed that has made this approach more difficult. The most important reason is the fact that the Delta variant is much more transmissible than the virus we were dealing with in 2020. So what this means is that to continue to deal with this virus through contact tracing and isolation, you have to be very fast.

GS: What’s your strategy at present for trying to return to business as usual while also continuing to contain the virus?

TCC: In Singapore, we can identify cases quickly because we are a small and compact island. We have a very good healthcare system and we are also able to isolate and quarantine contacts fast because of our two digital systems, TraceTogether and SafeEntry.  The third is we do a lot of testing. It’s a big effort to keep transmissions down and it only works if you keep up with the virus. Once it gets to a certain level of spread, it’s actually extremely difficult to contain it. So, the purpose of all this is to keep the transmission at a level where we can still continue with some restrictions but not have to have a general lockdown situation. With the Delta viruses being so much more infectious, it means this is much harder to do, whether you’re in Singapore or any part of the world.

Another issue is that most of us now are trying to find ways to reopen, and when we reopen then we find introductions of imported cases. So we’re trying to learn how to deal with this, how to keep infections at a level where there is no need to have a lockdown, and to live life as normally as we can. The key to all this – the exit strategy – is to reach a sufficient degree of vaccination and, of course, that’s where everybody’s trying to head.  In Singapore, more than three-quarters of our population of about 5.5 million people have had one dose and over 60 per cent have had two doses. And by the end of the month we will probably reach 80 per cent. We need to get it as high as we can in order to reduce the need to do extensive contact tracing and quarantining, and we hope that that will allow us to open up our economy and travel in a more sustainable way. But, of course, we are all now in uncharted territory. We’re all studying and learning from other countries like the UK and Israel that are starting to reopen.

GS: You’ve explained some of the complications that the Delta variant presents for contact tracing.  Are we reaching a point where contact tracing is no longer as efficient a solution as it was previously?

TCC: I think it is definitely harder. Once you get beyond a certain number of cases, it may be impossible to contain the outbreak through contact tracing alone. So of course, then you have to look at the impact. If you are sufficiently vaccinated, especially amongst the elderly and vulnerable, then you could have quite significant outbreaks of new cases, but yet the health effects, as far as we can see, are more containable. But for countries that have not yet reached a high enough level of vaccination or immunity, like Singapore, we have to keep this up [contact tracing] until we can attain a high enough level of immunity.

One other point I’ll make is that Singapore never really had a huge epidemic. Our naturally acquired immunity is relatively small compared with, say, the UK, which has a very high vaccination rate and quite substantial infections, meaning that they probably have a high proportion of people who have naturally acquired immunity.  So, for a country like Singapore, we are in a transitional period. We have to maintain these measures until we build up a sufficient level of immunity. At which point, then we can start to really see which are the measures that can be relaxed and which are the measures that should continue.

GS: Many countries, including Switzerland, are now seeing a stagnation in vaccination rates, in part due to widespread mistrust or scepticism towards vaccines. What’s your experience of this in Singapore?

TCC: In Singapore, we are seeing very strong uptake of the vaccine in most of the eligible populations, so we don’t have quite the same level of hesitancy.  We are now engaging with the 15 or 20 per cent of people who are still concerned. Based on our discussions, quite a number of them are more worried about side effects. Older people wonder whether they can tolerate the vaccine and they also worry about safety. So there’s a lot of close engagement required to listen to the concerns of individuals, provide them with information, but also help them understand that we are in a place now where so many vaccines have been given around the world, where we have so much data on their safety, the side effects but also their efficacy.

The second part is to make [vaccinations] as convenient as possible so that we reduce any barriers to getting it. We have people who go to your apartment to give you your vaccination if you are unable to leave. You can also walk [into vaccination centres] without an appointment.

GS: Recent data from the US Centers for Disease Control and Prevention (CDC) indicates that the Delta variant is twice as infectious as previously thought. Do you see it as a game-changer and will this change current strategy in tackling the pandemic?

TCC: It’s a game-changer because of the speed and the difficulty in controlling it. The good news is that when we look at protection against severe disease – let’s say requiring oxygen treatment, staying in the intensive care unit of a hospital, or death – luckily the vaccines that are in use now have still shown themselves to be effective.

The main thing the pandemic has underscored is the really critical importance of vaccinating fast and getting your population protected. And I think that’s renewed the demand for vaccines and their rapid deployment because it’s very hard to just rely on border closures and public health measures in order to control this, because it’s so infectious.

GS: The big question right now is when and if booster shots will be required for vaccinated populations. What decision has Singapore taken on this?

TCC: For a lot of countries worldwide, this is still not an answered question. In Singapore, the number of people that have had vaccines for nine months or more is still very small because we started vaccinating the elderly in February. So we have not reached the decision point yet.  But, of course, we are looking very closely at the data as it comes out to see when the waning of immunity may lead to more severe infections, and the use of boosters. The question then is what would be available for boosting. This, again, is a subject of intense interest, and work is ongoing to see whether boosting should be done with the same vaccine as was used the first time around or a different vaccine. In the next few months, we will have quite a lot more data coming out that will then help us to make the choices on who to boost, when to boost and what to boost with.

GS: If a new variant appears that is able to evade current vaccines, as is very possible, how long will it take to develop and deploy new vaccines? And won’t this, in effect, be like a whole new epidemic, with re-confinement and so on?

TCC: It’s very hard to say. What we can do is to monitor very closely, and that’s where the extensive sequencing of viruses helps us, and where the truly global efforts around the world to look at the new variants that are emerging and trying to correlate them with whether they are more transmissible or associated with more severe disease. Right now, with the variants circulating, the vaccines that we have seem to work against severe disease. So we’ll work on the basis of what we know today, which is that we just have to keep the level of vaccine-induced immunity as high as we can.

GS: Considering the differences in approaches between Asia, Europe and other nations at the start of the pandemic, do you think we have seen more convergence in strategies as the pandemic has progressed?

TCC: There’s no doubt that everyone is converging. I think that as a consequence of this pandemic, we will have a very new set of concepts as to how we deal with future pandemics which will include elements from both – the SARS and the influenza approach [the latter, he says, being the reference epidemic for many western countries where elimination is not possible and the focus is on “flattening the curve”]. The other thing this pandemic has shown is the scale. To see this play out and the scale of the disruption caused is quite astonishing.  So again, it’s not only the strategies that change but the scale and speed we have to work with have to be recalibrated. International cooperation is critical.”