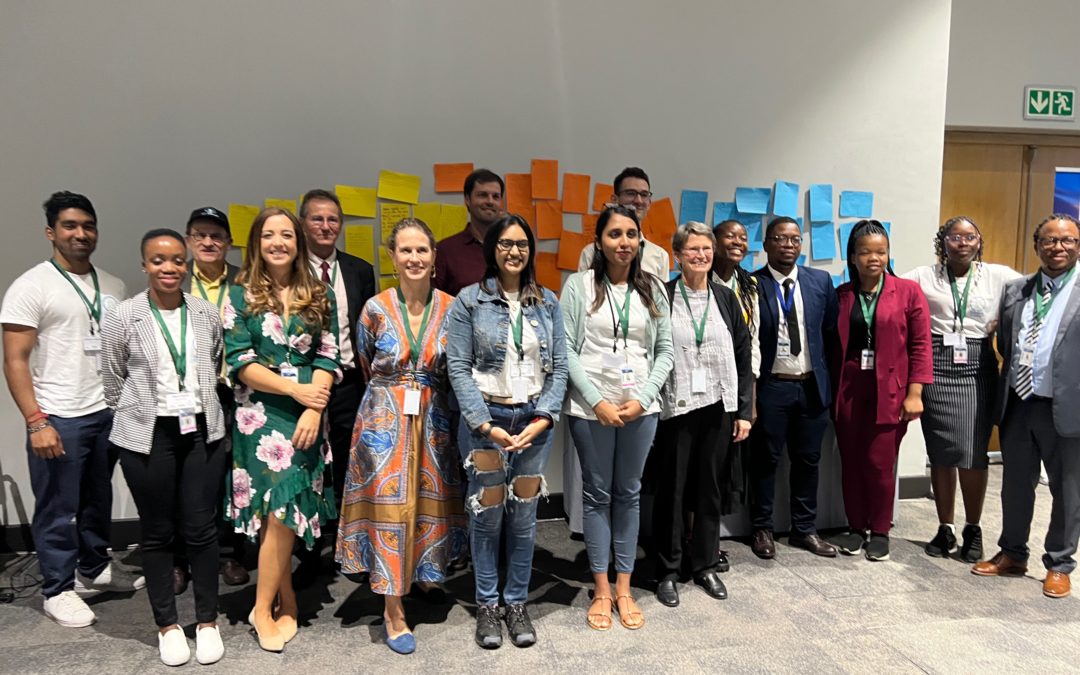 What better place to promote the creation of an Open Quantum Institute (OQI) than at the World Science Forum (WSF) which takes place from 6 to 9 December in the South African city of Cape Town? The Geneva Science and Diplomacy Anticipator Foundation (GESDA), with a delegation led by its president Peter Brabeck-Letmathe, took up the challenge and defended its project during a session of the Forum.

“Accelerating the use of these uniquely powerful computers could boost progress in some critical areas, enabling easier drug development, cheaper fertilizers, longer-lasting batteries and more efficient solar panels,” said Mr. Peter Brabeck-Letmathe, referring to GESDA’s plan to create an institute within five years that would make quantum computers available to developers of projects aimed at accelerating the achievement of the MDGs. He spoke at a public session with representatives of different stakeholders. The purpose of this session was to openly discuss how to leverage quantum technologies/computers, in the service of the SDGs.”

Anticipating scientific breakthroughs, accelerating their implementation, bridging the worlds of science and diplomacy are objectives that GESDA intends to promote throughout the world. On the African continent, GESDA benefits from the strong commitment of South Africa and of the UCT (University of Cape Town) and its vice-president Ms. Mamokgethi Phakeng, also a member of the GESDA Foundation Board.

A WSF session, co-organized by UCT and GESDA, also discussed how best to encourage young Africans to take full advantage of the potential of new scientific advances to fight against inequalities and ensure that all benefit from the human right to science. Three young South Africans, who represented UCT at the GESDA Summit in Geneva in October, also took part in the discussion. Bekithemba Ntoni, Rejoyce Kgabo Legodi and Niel Swanepoel presented the projects that won them the competition and represented their institutions at the Geneva Anticipation Summit.

GESDA was also involved in the session on “Science Diplomacy for Social Justice” which addressed how science relates to important social issues, and how it can contribute to equitable treatment and distribution of resources, support human rights, and address issues related to the Covid19 pandemic, among other global challenges. It also allowed GESDA to highlight the need to train people in this permeability between the exact sciences and the humanities as well as the role played by science diplomacy. These are all themes that GESDA wishes to include in its curriculum, a future high-level training in science diplomacy.

The WSF is an international event financed by UNESCO and the Hungarian Academy of Sciences. It was originally held every two years in Budapest on World Science Day for Peace and Development. Its first edition dates from 2003 and since 2013 each second edition is held in another country. This year, South Africa is the organizer, and the theme of the meeting is “Science for Social Justice”.