An OECD delegation at GESDA headquarters 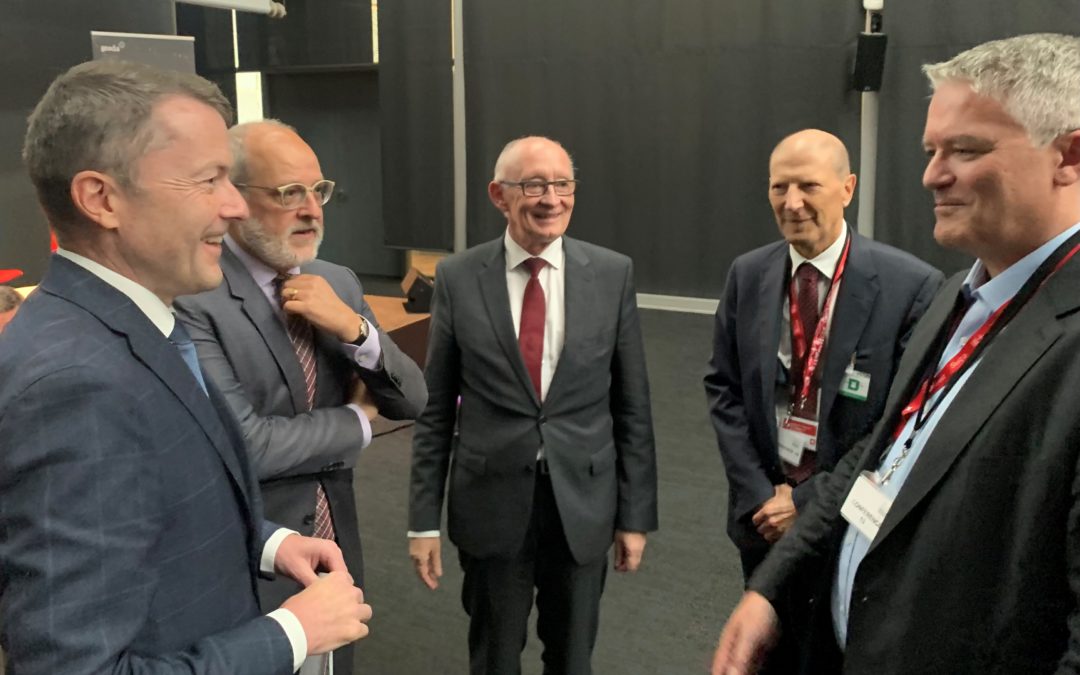 A delegation of more than thirty Permanent Representatives to the Organisation for Economic Co-operation and Development (OECD), led by the Secretary General of the organisation, Mathias Cormann, was received on Monday 12 September at Campus Biotech by Stéphane Decoutère, Secretary General of GESDA, who presented the Foundation and its objectives. The visit to GESDA was part of an “International Switzerland” tour as the delegation will visit, during its three-day stay, numerous international organisations in Geneva and Basel.

The stop at Campus Biotech gave the ambassadors the opportunity to immerse themselves in the world of science, anticipation and scientific diplomacy. Ambassador Jürg Lauber, Permanent Representative of Switzerland to the United Nations, recalled the importance of International Geneva in the global multilateral system. Ambassador Alexandre Fasel, Special Representative of the Federal Department of Foreign Affairs (FDFA) for Science Diplomacy, described Switzerland’s policy in this area, while Stéphane Decoutère, who recently visited the OECD in Paris, emphasised the desired collaboration between GESDA and the latter. “Our two organisations share the same desire to anticipate, whether it is a question of science or governance.”

A lively discussion on GESDA’s projects and on how to integrate science into diplomacy ended the visit, which was much appreciated, judging by the comments made at the end of the presentation.

On Wednesday, the OECD delegation will discover another aspect of international Switzerland with stops at the Bank for International Settlements (BIS) and the Financial Stability Board (FSB). Finally, a visit to the headquarters of Hoffmann-La Roche will allow the guests of Presence Switzerland (PRS) to discover the world of pharmaceuticals, where they will find themes dear to GESDA’s heart, such as digitalisation, artificial intelligence and quantum computing.