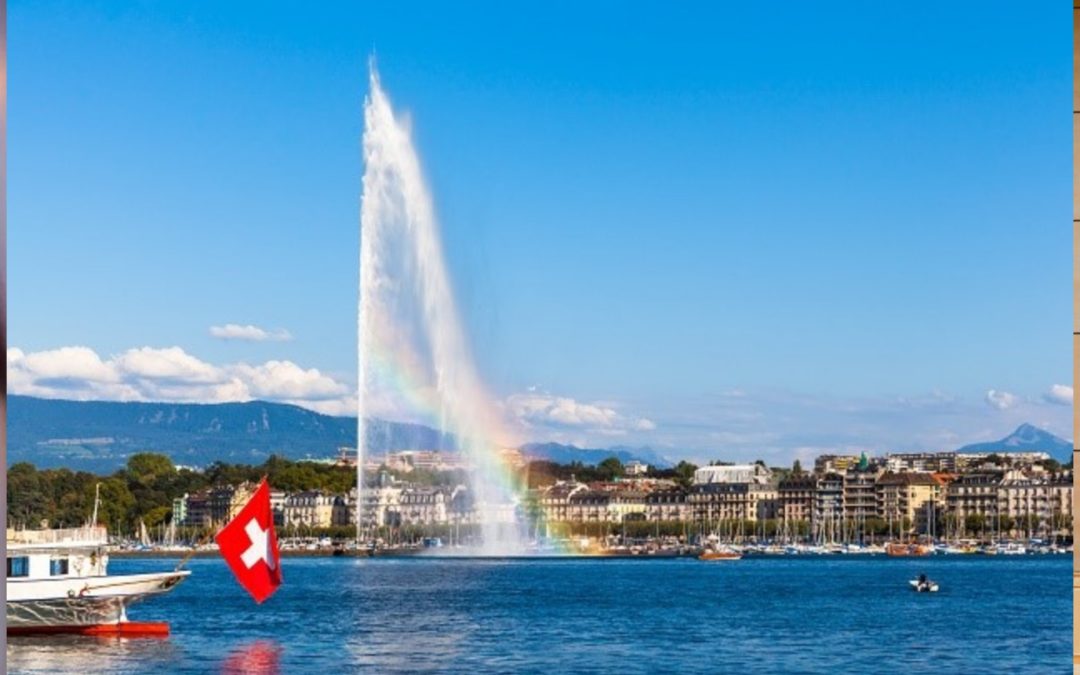 GENEVA, Switzerland, 12 January 2022 – From 16-20 May, 2022, the Geneva Coalition on Anticipatory Science and Diplomacy will organize the inaugural Science Diplomacy Week in International Geneva to promote anticipatory Science and Diplomacy as an effective tool for a renewed multilateralism. The Science Diplomacy Week will feature an Immersion Program and an Open Forum, for exchange, capacity development and mutual learning between the diplomatic and scientific communities. The call for expressions of interest to participate in the Immersion Program is now open until 15 February 2022. Details on the Open Forum will be announced soon.

The world is experiencing breakthrough science and technological advances at an unprecedented speed. These discoveries will reshape how we view ourselves as humans, how we relate to each other in society and how we care for our environment. To prepare for this future, our current and future scientific, diplomatic, and business leaders need to understand and jointly promote anticipatory Science & Diplomacy as an effective tool for a renewed multilateralism.

The Geneva Coalition on Anticipatory Science and Diplomacy was created in 2021 by 14 Swiss and global institutions to empower the current and next generation of leaders with a «multilingual» mindset in science and diplomacy to navigate the science-diplomacy interface and foster boundary-spanning professionals and institutions.

The global call for expressions of interest to participate in the inaugural Immersion Program, to be held 16-20 May 2022 in Geneva, is now open.

Hosted in the historic Palais des Nations – the United Nations Headquarters in Geneva –, the Immersion Program will provide an unparalleled field visit, learning and networking experience into the Science and Diplomacy ecosystem of International Geneva. As the operational hub of the UN and the host city of more than 41 international organizations, 180 embassies and 700 NGOs, Geneva serves as perfect platform for anticipating the role of science and technology diplomacy for the future of multilateralism.

Built around interactive workshops, expert dialogues, open lectures, institutional visits and simulation exercises based on the newly introduced GESDA Science Breakthrough Radar®, the Immersion Program will bring together current and future leaders from the diplomatic and scientific communities, as well as from industry, NGOs, legislative bodies and Civil Society. “The aim is to foster a common understanding of each other’s perspectives and to work together on devising the diplomatic envelopes needed to maximize beneficial uses of frontier technologies for all, while minimizing their risks”, said Marga Gual Soler, GESDA’s Senior Science Diplomacy Advisor and Program Director of the Immersion Program.

Participants will benefit from a customized educational program as well as access to the activities under the Open Forum of the Science Diplomacy Week.

Applications are expected from individuals and institutional representatives working at or interested in the interface of science and diplomacy in four focus areas: 1) Advanced artificial intelligence and the quantum revolution, 2) Global health and human augmentation, 3) Climate change, decarbonization and the future of the global commons and 4) Anticipatory science diplomacy tools and new diplomatic methods.

The inaugural cohort will count approximately 30 participants, ensuring a good mix of disciplines and sectors, as well as gender and geographical balance. In order to assure a global representation, partial and full scholarships will be offered by GESDA on a case-by-case basis.

For more information on the program and application process, please visit sdweek.gesda.global. The application period runs from 11 January to 15 February 2022.

The Science Diplomacy Week is part of GESDAs broader Capacity Building Initiative that  promotes anticipatory science diplomacy as an essential tool for national and multilateral decision-making. Additional partners of this initiative include the ETH Zurich, the University of Geneva, the University of St. Gallen and the philanthropic Asuera Stiftung providing the seed funding.