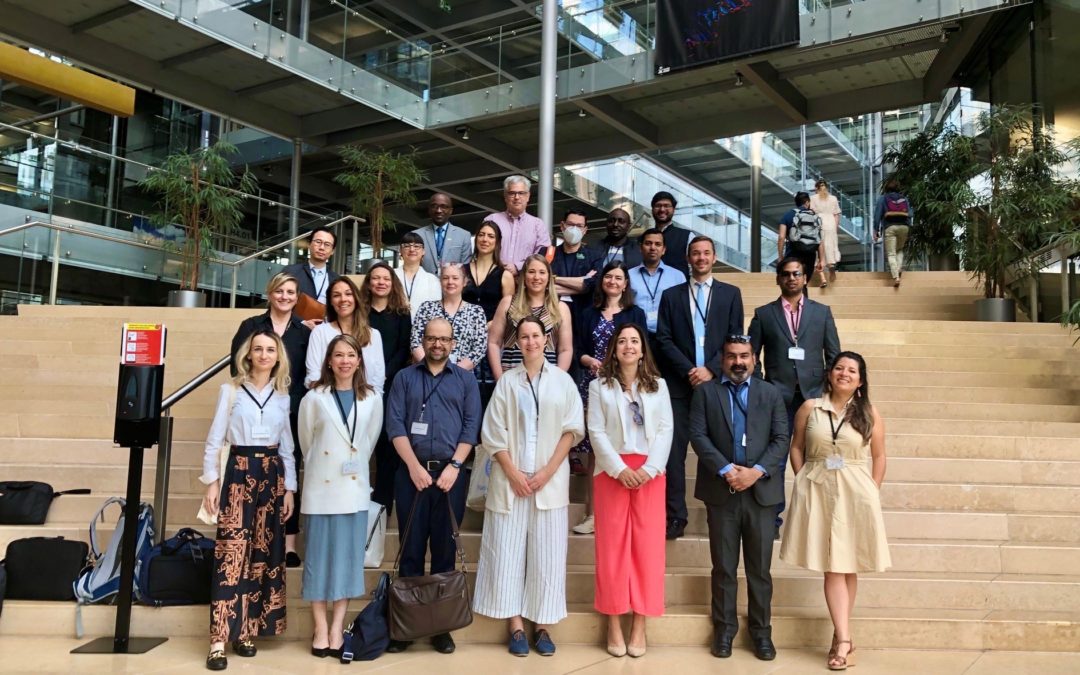 Greetings and welcome to a brief news update on the fifth and final day of a weeklong immersion program for 30 participants from 20 countries around the world and open public forum with up to 1,000 onsite and online participants. Friday’s activities revolved around sessions at Campus Biotech, the Swiss center for biotechnology and life sciences research where GESDA is headquartered in Geneva. The day kicked off with Ambassador Alexandre Fasel, Switzerland’s Special Representative for Science and Diplomacy, reflecting on lessons learned from his career as a diplomat including posts as Head of the Permanent Mission of Switzerland to the United Nations Office and other international organizations in Geneva between 2013 and 2016 and as Ambassador of Switzerland to the United Kingdom from 2017 to 2021. 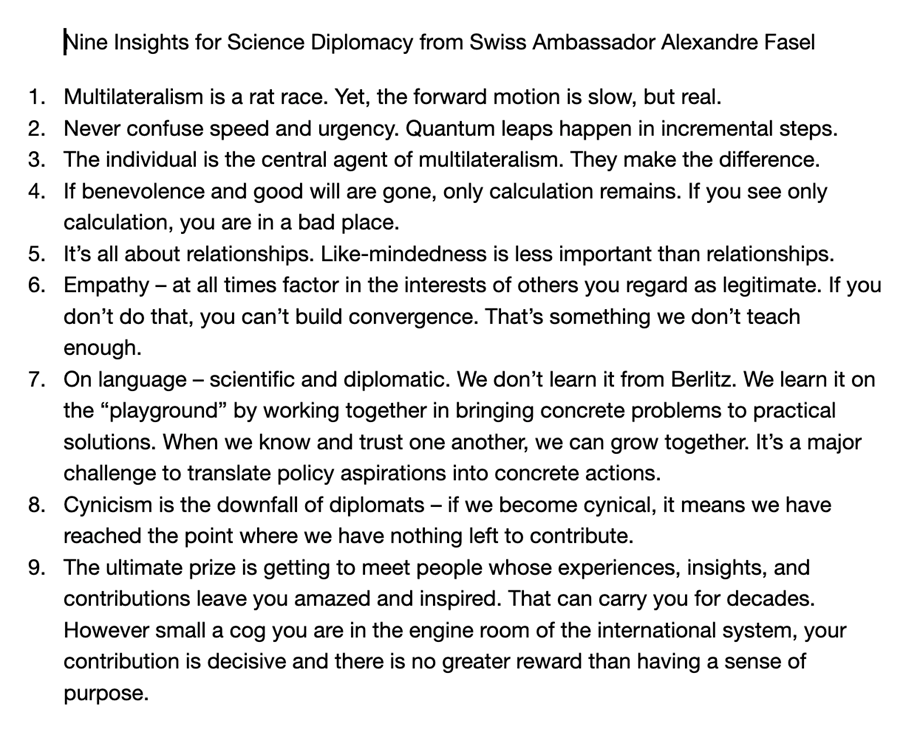 At a session on the future of multilateralism shaped by science organized by Swissnex, Jacques Ducrest, Head of International Relations for the Swiss Secretariat for Education, Research and Innovation (SERI), stressed how important it is to recognize the value of emerging technologies. « You may have a revolution within 20 years, » he said, referring to the rise of the internet. Grégoire Ribordy, Co-founder and CEO of ID Quantique, said quantum depends on crossing disciplines and borders. « Why is it relevant? » he asked. « Because it’s a new field, and if you want it to develop, you need people from everywhere and all disciplines. »

Experts told a session on the use of data to shape future-oriented health policy, organized by the CyberPeace Institute, that limited visibility and data on the impact of cyberattacks has complicated policymaking. « A lot of policymakers don’t understand how the internet works. Likewise, engineers have no idea about ethics and policy, » said Serge Droz, a Senior Technical Advisor with the Swiss Federal Department of Foreign Affairs. As a solution, the CyberPeace Institute’s Cyber Incident Tracer (CIT) provides a platform to visualize information on cyberattacks in the healthcare industry. « The pattern is similar but the volume is increasing. The 428 incidents we tracked have affected 17 million patients, » said Bruno Halopeau, the institute’s CTO and Head of Analysis.

And at a session organized by the Graduate Institute on the age of Big Data, the focus was on so-called « digital power » and the potential for scientific progress and information to be transformed into a new sort of « fuel » for authoritative decision-making. When the people designing AI solutions are unaware of discriminatory biases, there may be more social harm than good. « Each dataset has an informational output; that informational output is designed and structured by various actors, » said Oana Ichim, a postdoctoral researcher with a PhD in international law from the Graduate Institute. The new digital frontier also came into focus in a role-play game of imaginary nations facilitated by the International Network for Government Science Advice (INGSA) and overseen by GESDA quantum task force members a day earlier. It examined how AI and quantum computing can accelerate research and sustainable development. « For 4,000 years, science has always been about counting things. With quantum technology, it’s the first time a totally new paradigm is happening, » said Alberto Di Meglio, Head of CERN OpenLab and Coordinator of the CERN Quantum Technology Initiative.

Ahead of the second Geneva Science and Diplomacy Anticipation Summit scheduled for October 12-14, the co-chairs of GESDA solution task forces provided a glimpse of some of the insights to be unveiled in October. The decarbonization task force, for example, asked themselves, « Is a Decarbonization Accelerator the right and best idea to invest in? » said Belinda Cleeland, Head of Research and Innovation at the International Organization for Standardization (ISO). « Is it what can bring the most value, and will it bring in the right people? » In response to a question about GESDA’s potential role in climate adaptation, Carlo Giardinetti, the Sustainability Lead and Leadership Senior Advisor at Deloitte Consulting Switzerland, said that « when we think of decarbonization, we think of a systemic solution. And then when we think of the technologies and the scientific and anticipatory science, often those are kind of bullets that have been tested and tried in a very specific context. And then there’s a big challenge in bridging those bullets with crafting a systemic solution, and that’s something we’ve been considering in the decarbonization accelerator. How do you go from those very efficient, promising specific technologies into creating solutions that are systemic? »

Finally, participants in the weeklong immersion program gave feedback on what they liked or could be improved. Many called the week a great opportunity with an amazing and diverse group of people, describing it as exhaustive but sometimes overwhelming, making it hard to stay focused. They encouraged GESDA to include more experiential learning and longer daily debriefs so participants have more time to learn from one another. With GESDA receiving more than four times as many applications as available seats in the program, Sandro Giuliani, Executive Director of GESDA’s Impact Forum & Impact Fund, thanked the group for the quality of their participation. « We’re very proud, » he said, « that we really managed to select an outstanding first cohort. » Safe travels home, everyone.