Novel science and diplomacy anticipator poised to forge ahead 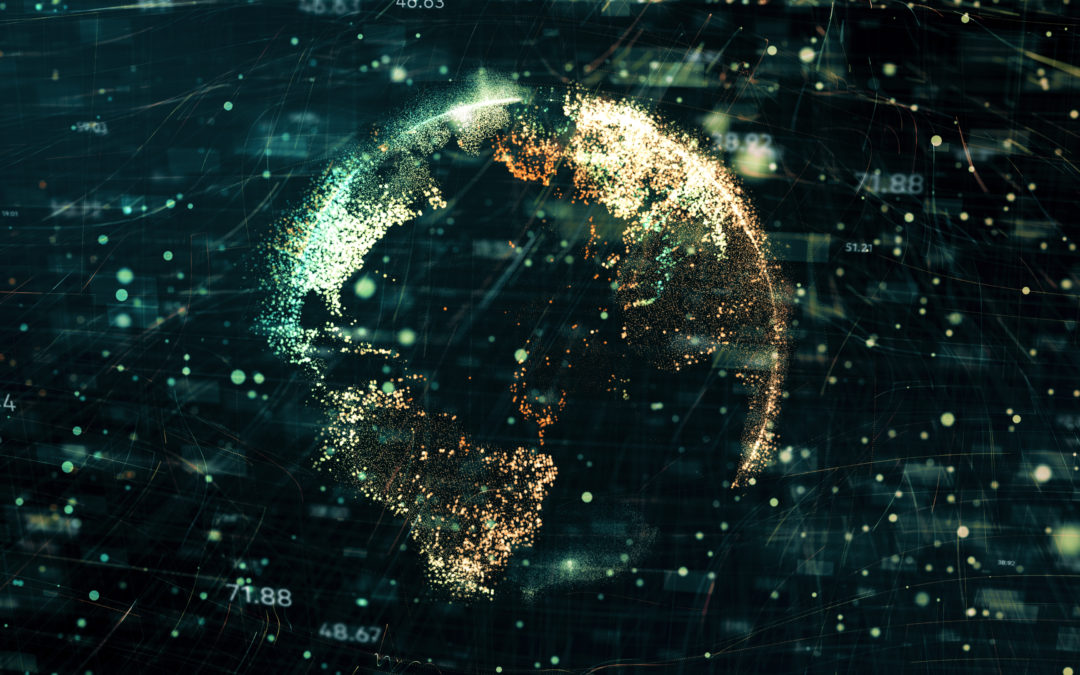 GESDA’s Olivier Dessibourg and Michael Møller, respectively Executive Director, Science Communications and Outreach, and Chairman of the Diplomacy Forum, were interviewed for a feature article in Geneva Solutions. The piece is available online and below:

« A stone’s throw away from the Palais des Nations, nestled in the gleamingly modern Campus Biotech, is a young foundation that plans to transform the relationship between science and diplomacy.

The Geneva Science and Diplomacy Anticipator (GESDA) will make its case to founders and investors in the coming months that it is ready to turn out-of-the-box brainstorming into global impact.

Launched in 2019, GESDA is nearing the end of its pilot phase. Its long-term mission: to anticipate scientific developments over the next five to twenty-five years and develop actionable solutions.

GESDA works to foster collaboration between scientific, diplomatic, and philanthropic communities across the globe to anticipate technological, ethical, and governance challenges and prepare accordingly.

Its analysis of frontier issues has ranged from the future of quantum computing and AI to genome editing and memory enhancement.

Quantum technologies, for example, can process information about subatomic particle behaviours and thereby execute far more sophisticated computations and communications than standard technologies. GESDA anticipates that in 25 years, quantum technologies will be able to crack RSA cryptography – a widespread form of data encryption – with ease. Government and industry will need to prepare accordingly.

Memory enhancement and manipulation through technology may also become accessible in that timeframe, according to one anticipatory brief. Optogenetics, the insertion of genetic material that make specific neurons more light-sensitive, could suppress or enhance memories through the application of light pulses. This approach could also be used to generate false memories. Optogenetics could be a boon for treating trauma, but there are risks that it could be used unethically.

How do you solve a problem like the future? The advance of science is accelerating, and governance too often chases after, Olivier Dessibourg, GESDA’s executive director for science communication and outreach, told Geneva Solutions. GESDA aims to bring the two into a more harmonious relationship.

“Our mission has three components,” said Dessibourg. “One is to anticipate. The second one is to accelerate. And the third one is to translate.”

Over the past three years, GESDA has been holding discussions between scientists and diplomats, producing anticipatory briefs and planning its next steps. The acceleration phase began by bringing the scientific and diplomatic communities together to spur preparedness.

“We have no crystal ball, we are not predicting the future,” said Dessibourg. “But, as honest brokers, we are trying to anticipate, with the signals that we have today coming out of the labs, what the next possible breakthrough might be.”

GESDA has already brought 500 scientists from around the world into collaboration with one another and the diplomatic community. The foundation has spoken to nearly every head of agency at the UN. All UN heads who have been approached have joined, said Michael Møller, chairman of GESDA’s diplomacy forum, former director general of the UN Office in Geneva, and former UN under-secretary general.

Representatives of country governments have also shown interest. “Very quickly in our conversation, they say ‘we’d like to have one of those,’” said Møller.

GESDA board members Patrick Aebischer and Peter Brabeck-Letmathe meet with Fondation pour Geneve’s Marc Pictet and Guillaume Pictet to sign an agreement between the two organisations, on 21 July, 2021 in Verbier. (KEYSTONE/Jean-Christophe Bott)

Preventing loss in translation. One side of GESDA’s translation work is translating scientific talk into policy talk and vice versa.

Difficult interactions between Swiss politicians and the COVID Task Force have shown how important good communication and mutual understanding between scientists and decision-makers are. Some on the task force have felt that politicians have not been integrating the science into their decision-making enough, while some politicians have felt that there needs to be greater consciousness of social and economic considerations on the scientific side, said Dessibourg.

GESDA is working to bridge that gap. “On the one hand you have scientists, who sometimes feel that they can’t deliver the message to the right people at the right level. On the other, you have high-level decision-makers and international organisations representatives who are interested to hear directly from scientists,” he said.

GESDA has held two Anticipatory Situation Room meetings, one in December 2020 and one in June, which brought 40 to 50 members of the science and decision-making communities together in dialogue. The situation room has been developing solutions across four fronts: science and diplomacy; eco-regeneration and geoengineering; human augmentation; and the quantum revolution and advanced AI.

Discussions also have to be translated into concrete policies, initiatives, and institutions.

“Out of the ideas coming out of the GESDA Anticipatory Situation Room, some might be translated into initiatives that could be incarnated into a new institution to be based in Geneva to facilitate communication and policy development with a global perspective,” said Dessibourg.

GESDA is building up the funds to make an impact. It has raised CHF 9 million since 2019, of which 60 per cent comes from private foundations, the rest from public funds. As its founders, the Swiss federal government has provided CHF 3 million, and the canton and city of Geneva have both invested CHF 300,000.

GESDA will be launching some initial concrete initiatives at a summit it is holding in early October.

The right to science. Core to GESDA’s thinking is that the benefits of science are a human right, as enshrined in Article 15 of the International Covenant on Economic, Social and Cultural Rights.

“What we want to foster are interactions between scientists and diplomacy community members towards a common thinking on science’s possible advances – to have them keep these advances open, available, and accessible for the benefit of all on the planet,” said Dessibourg.

GESDA will use Geneva’s ecosystem of international organisations, universities, non-governmental organisations and research centres as a launch pad for global inclusiveness. “It’s really important that everybody on this planet has access to the science that comes out of these labs,” said Møller.

Onward and upward. Founders and investors will likely confirm this coming spring whether to proceed with the next phase. There is little concern that GESDA’s work will not continue beyond the pilot phase that ends in August 2022, however, despite early questions about whether it could deliver.

“We’ve moved quite fast considering the situation the world has been in the last year and a half,” said Møller. “I am particularly satisfied with the quality of the people. We’re a small team, and everybody has been [working] flat out.”

Reaching the first summit. GESDA will hold its first summit from 7 – 9 October, where it will present its Science Breakthrough Radar, which it has been developing with the 500 scientists in its network over the past 12 months. The radar will dive into 72 emerging scientific developments.

The summit will bring together leaders from across the academic, public and private sectors, as well as interested citizens, to discuss the radar and next steps. The summit’s 99 speakers, of whom 58 are men and 41 are women, come from 33 countries. UN rights chief Michelle Bachelet will speak at the 8 October plenary session.

“The interest from all sides, including the potential end users, the scientists, politicians, diplomats, and the public is really high. Nobody thinks this isn’t the coolest thing since sliced bread,” said Møller. »