Applications now open to participate in the second edition of the Science Diplomacy Week Immersion Program to be held 08–12 May 2023 in Geneva, Switzerland.

Hosted in the historic Palais des Nations – the United Nations Headquarters in Geneva – and organized in partnership with the key international agencies, diplomatic missions, academic institutions, global NGOs and technology leaders shaping the future of multilateralism, the Science & Diplomacy Week provided an unparalleled immersion, learning and networking experience into the Science and Diplomacy ecosystem of International Geneva.

Learn more about the work of GESDA in science diplomacy capacity building.

Join the Science & Diplomacy Week
if you want to…

Understand the growing importance of anticipatory science diplomacy as an emerging discipline that unites science with world affairs.

Learn about the most signiﬁcant science breakthroughs in ﬁve, 10, and 25 years and their impact on people, the society and the planet.

Jointly devise with science and policy leaders from around the world the future diplomatic envelopes needed to embrace science advances for the greatest beneﬁt of humanity, while minimizing their risks and undesirable consequences.

Get an insider view of International Geneva as the global hub of Science and Diplomacy for multilateralism and network with its key actors.

Participate in a “Multilateralism Lab” with simulations and scenarios to help shape the future of science diplomacy. 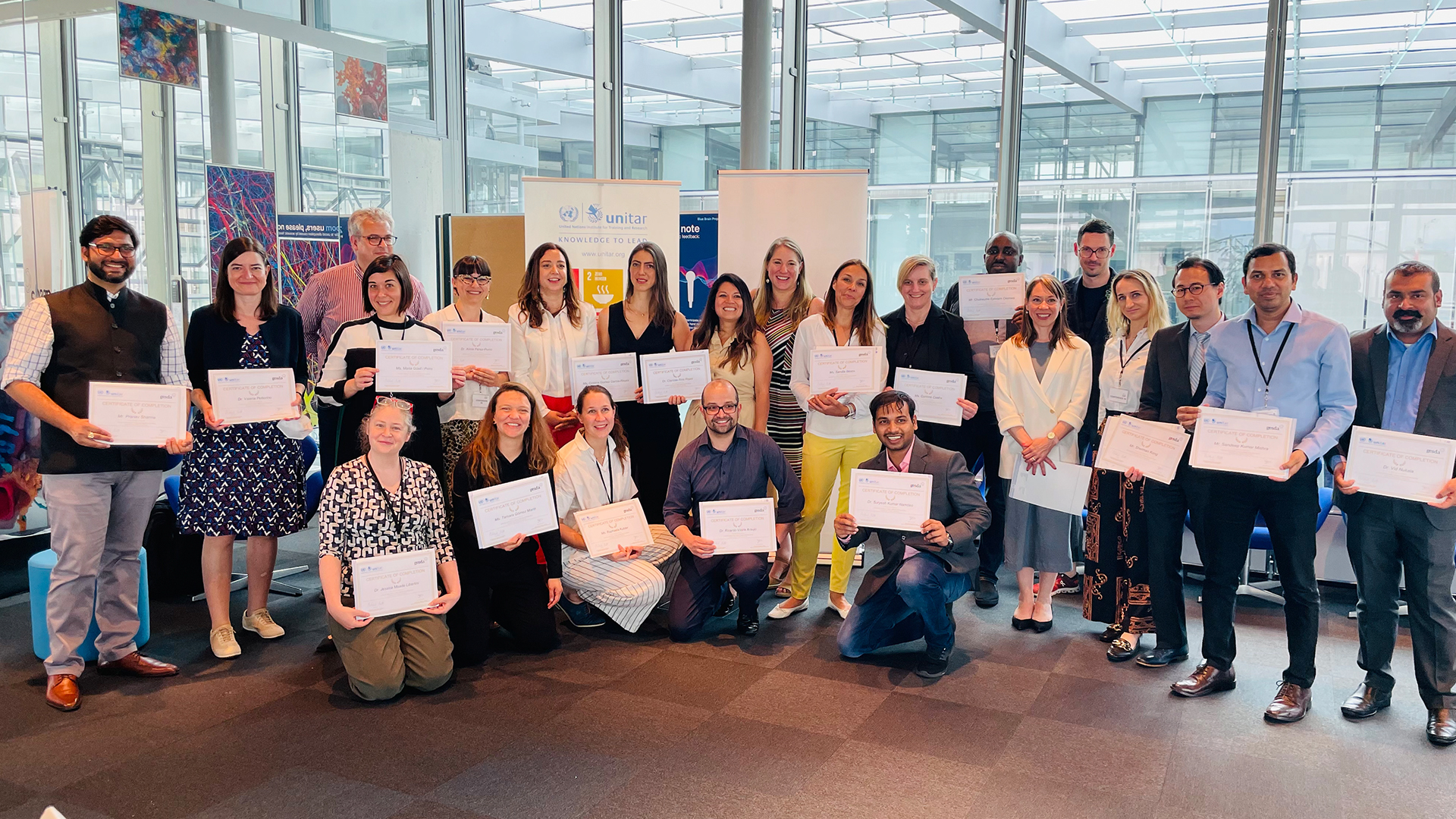 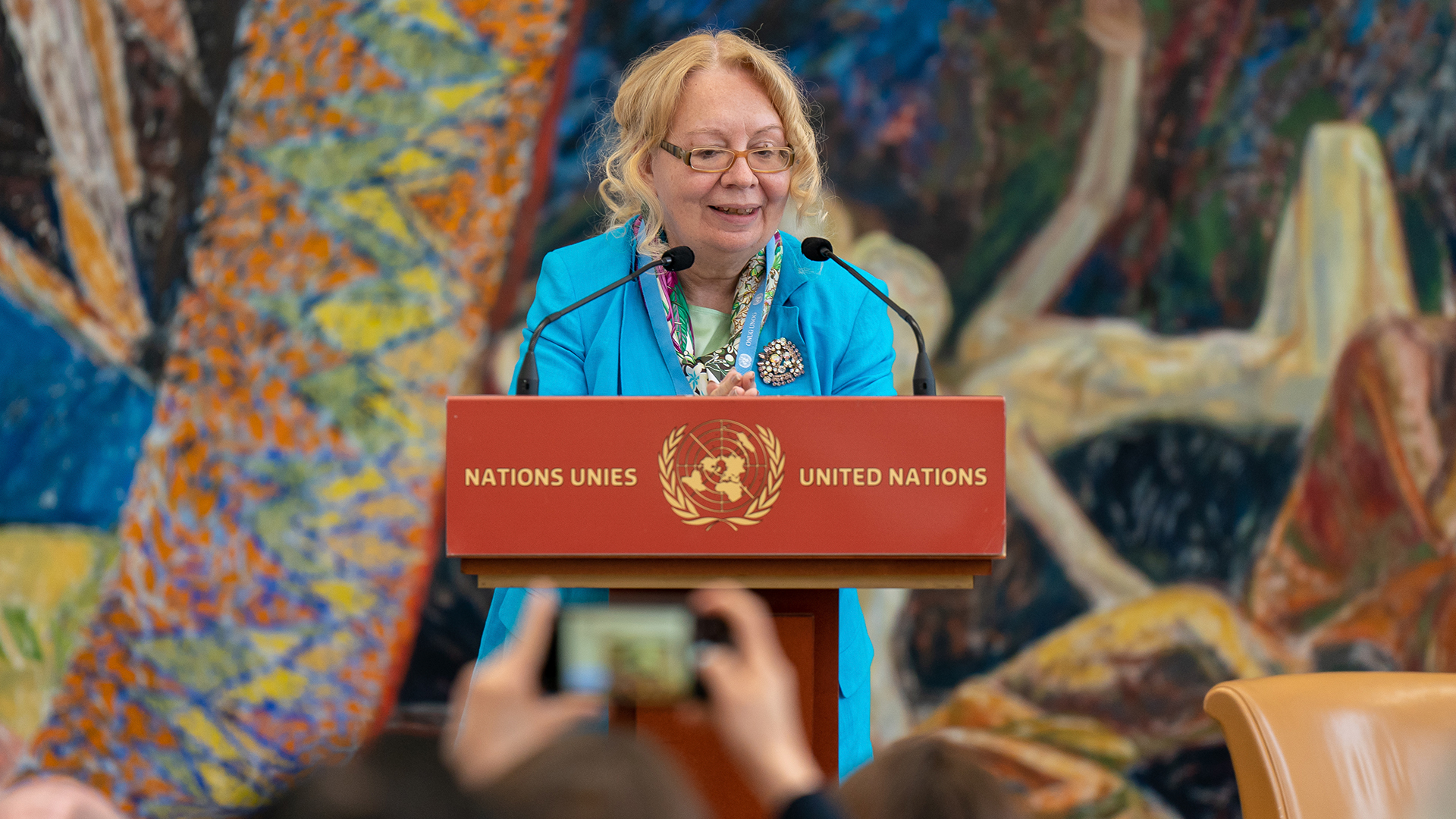 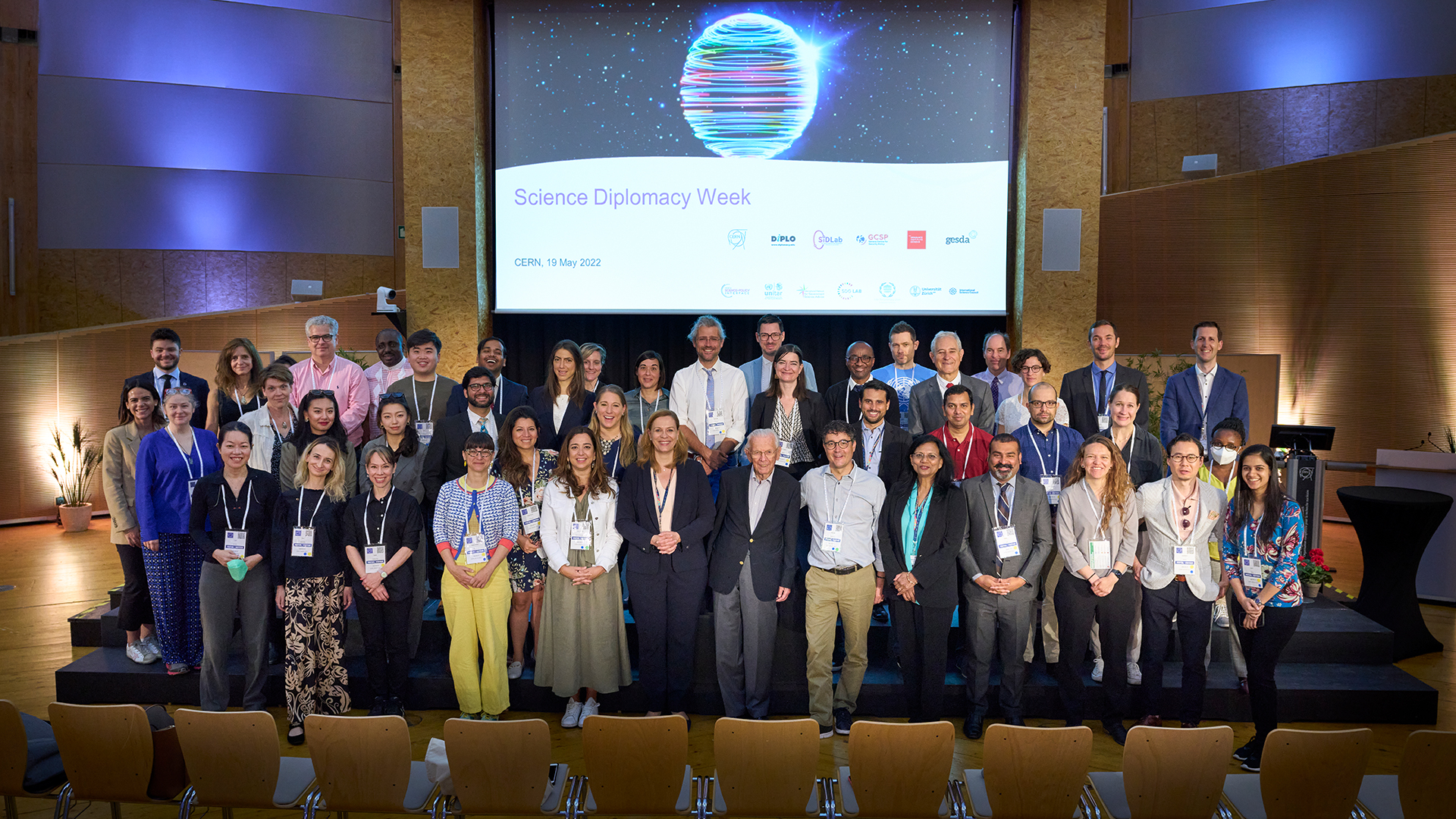 Who is it
aimed at? 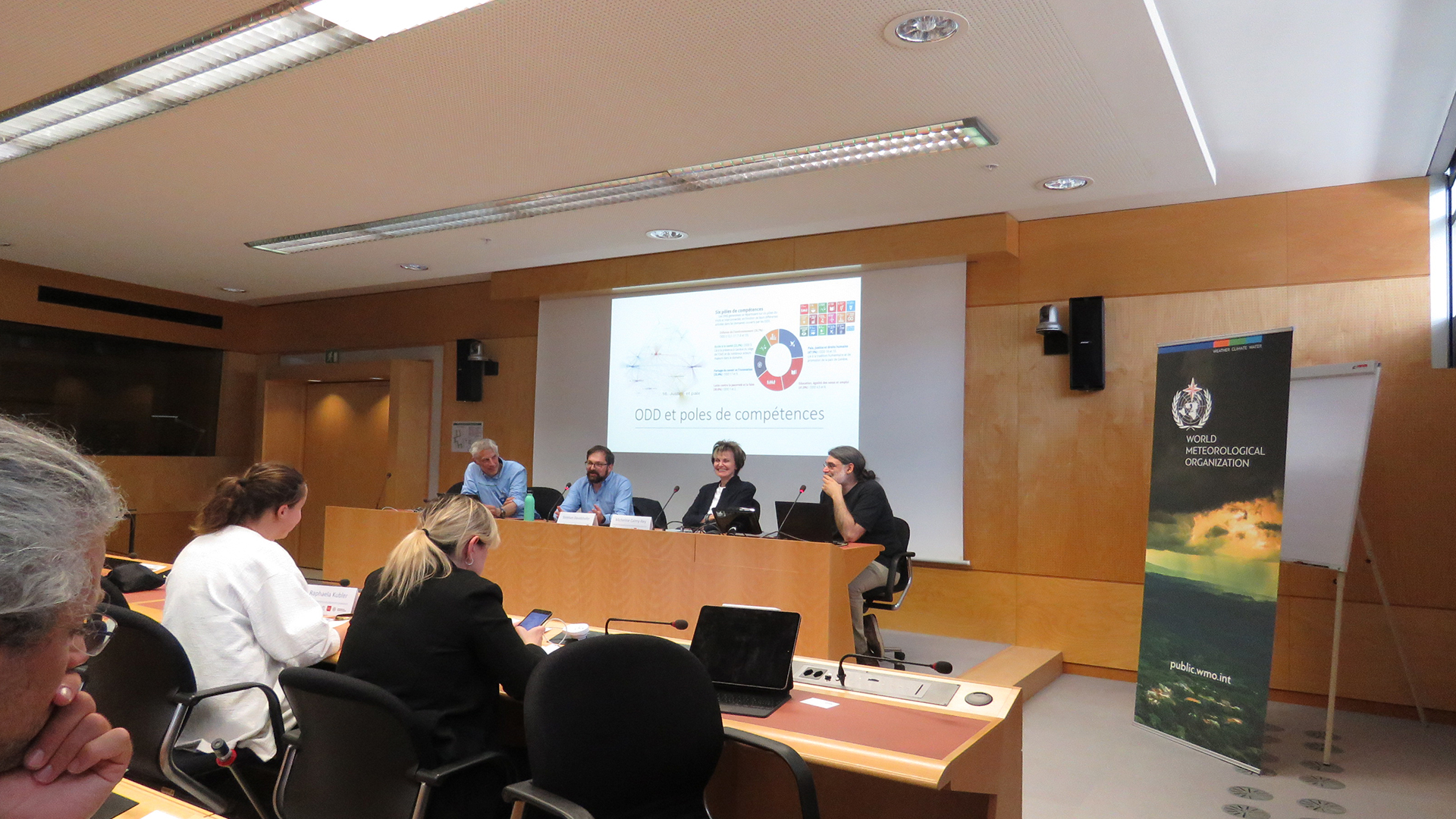 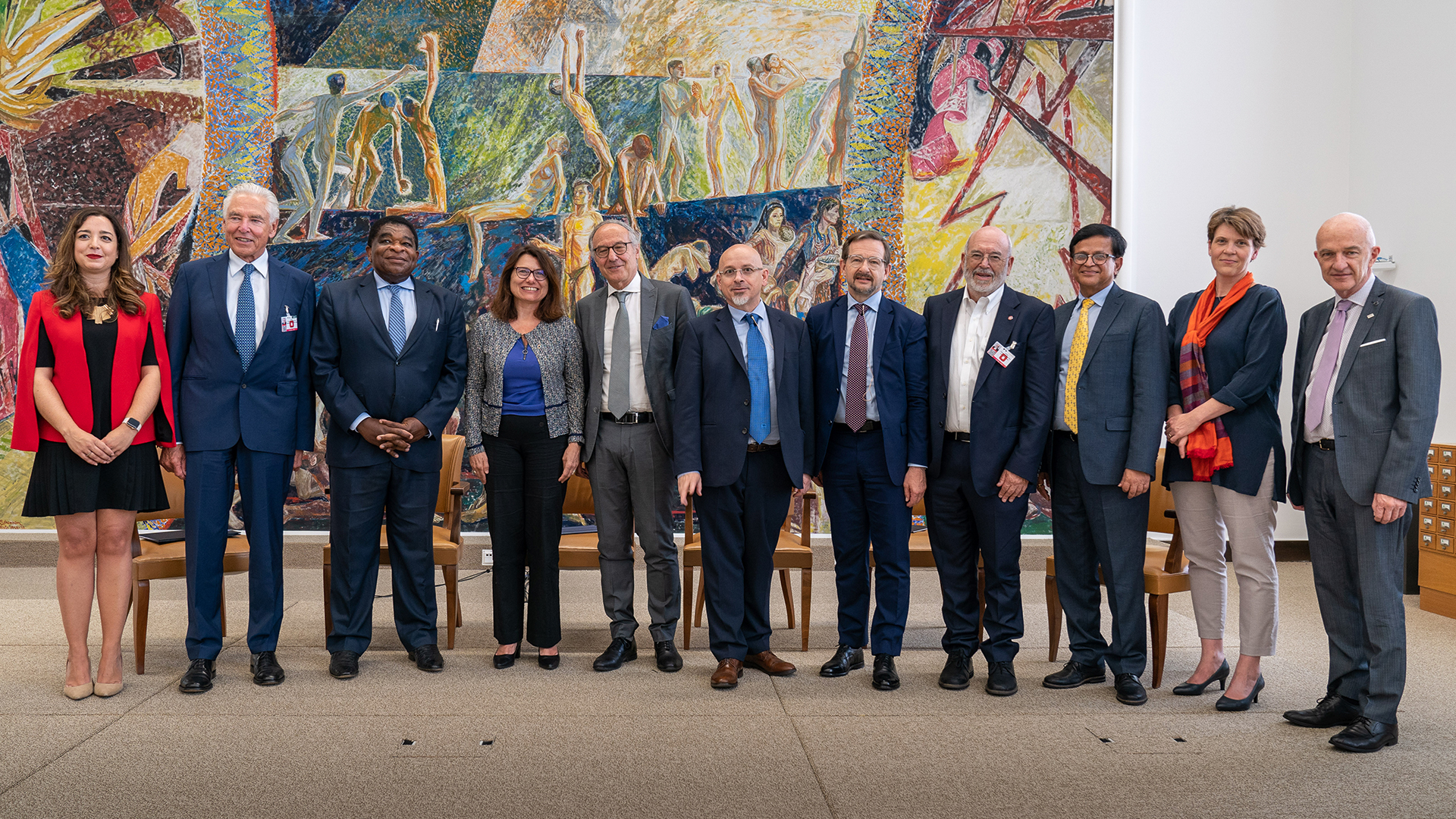 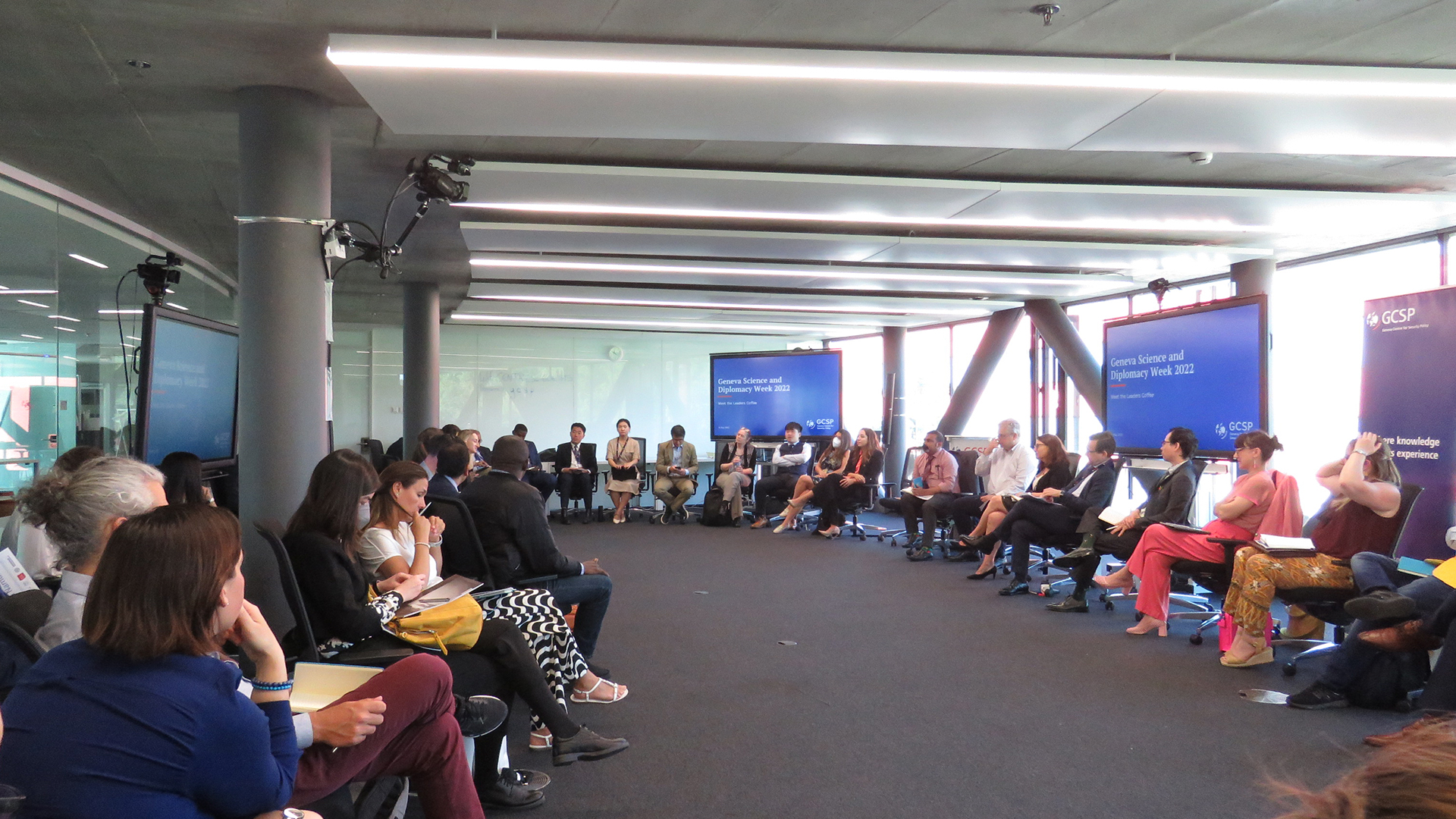 Facilitated by GESDA, the Science & Diplomacy Week brings together new and existing training and capacity building offerings from the programme partners. Please visit the dedicated websites of the coalition partners and participating institutions for more information:

Lab for Science in Diplomacy (ETHZ-UNIGE)

The second edition of the Science Diplomacy Week Immersion Program will bring together current and future leaders from the diplomatic and scientific communities, as well as from industry, the NGOs and the civil society, to foster a common understanding of each other’s perspectives and to work together on devising the diplomatic envelopes needed to maximize beneficial uses of frontier technologies for all, while minimizing their risks.

Applications are expected from individuals and institutional representatives working at or interested in the interface of science and diplomacy in four focus areas:

All participants in the program are experts in their own fields, and will simultaneously act as trainees and trainers, with ample opportunities for peer exchange, mutual learning and expert input.

What is Science & Diplomacy?

The first two decades of the 21st century saw science diplomacy gain traction on the global agenda. The 2010 report by the Royal Society and the American Association for the Advancement of Science (AAAS) titled New Frontiers in Science Diplomacy gave science diplomacy its first formal definition and established a three-pillar taxonomy:

1. science for diplomacy (science as a soft power tool to improve international relations),

Today, science diplomacy is facing a new challenge to adapt to both the speed of scientific progress and shifts in international relations, balancing the three following factors:

1. the unprecedented pace of scientific and technological progress,

2. the urgency with which global challenges must be addressed and

3. the complexity of global geopolitics.

All nationalities are welcome to apply.  Invitation letters to accompany visa requests to travel to Switzerland will be issued by UNITAR to participants upon request